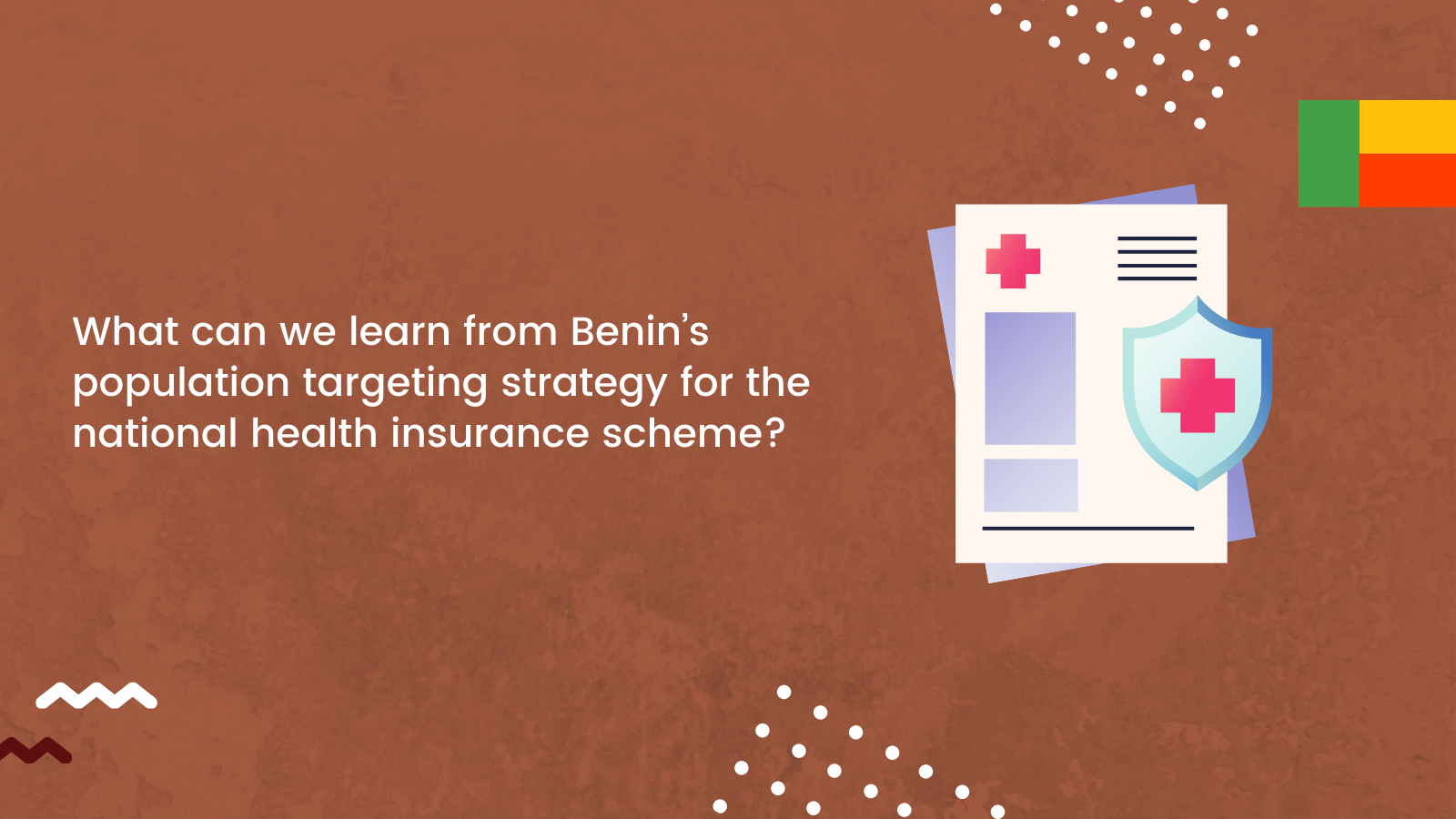 Who are the extremely poor in Benin?

The World Bank defines extreme poverty as any individual living below $ 1.90 per day (World Bank, 2016) and in 2019, 46.4% of Benin’s population was estimated to live below this threshold (World Bank, 2019). However, the World Bank’s definition is not always applicable particularly in developing countries where data to estimate households’ incomes barely exist or are not reliable (Klasen, 2014).  Poverty levels are measured based on households’ capacities to meet basic needs such as shelter, food, clothing, clean water, education, etc. Baseline data before the ARCH pilot implementation revealed 2,468,254 extremely poor people (375,458 extremely poor households) and 1,895,810 non-extreme poor people (321,737 non-extreme poor households) in Benin, in a population of nearly 12 million (Bénin Révélé Mag, 2020) (Ministère des Affaires Sociales et de la Microfinance, 2020).

How did ARCH target the extremely poor?

ARCH’s management unit adopted a more practical approach to identify the extremely poor people due to lack of reliable current data. For the implementation of the AM-ARCH pilot phase, beneficiaries are categorized into three main groups: those in extreme poverty, non-extreme poverty and the rest of the population. People living in extreme poverty are entitled to full coverage of health services in public health facilities located in the pilot areas. Those at the non-extreme level are entitled to  partial coverage (40%) of their health care and the rest of the population will be charged a copayment rate to be defined (Ministère des Affaires Sociales et de la Microfinance, 2020). The goal is to gradually expand AM-ARCH coverage to all strata of the population starting with those in extreme poverty.

How are the extremely poor people/households identified and selected?

The  approach used was adapted from the World Bank with a three-step process built on community participation (World Bank, 2014):

Stage two – Proxy Means Testing: A Proxy Means Testing (PMT) survey was carried out to assess the poverty levels of the pre-identified households, to confirm and refine the  list proposed by the community (World Bank, 2014). The PMT is a household survey that assesses several standard observable characteristics (i.e., households’ assets and living conditions), used to calculate eligibility scores and thresholds to distinguish those in extreme and non-extreme poverty. This method builds on Stage 1 and uses available baseline data to ensure efficiency in the identification. The municipal committee recruits non-residents fluent in the local languages to avoid bias and trains them to conduct data collection.  Despite these safeguards, there were reported incidences of fraud with some non-deserving families receiving insurance cards.

Stage Three – Validation: After the PMT survey, the final list is validated by communities. Even at this stage, the poverty status of individuals can still be revoked. After  completing the identification process, each town hall is provided a register to monitor and update the list of extremely poor people in their surrounding communities. Similarly, the identification process continues in hospitals that report any suspicious non-poor people who might be benefiting from the AM-ARCH or beneficiaries whose socio-economic conditions might have improved. Although the latter strategies are put in place to capture potential new extremely poor people and exclude those who were improperly categorized as extremely-poor, little is known about their efficacy.

The process has worked well despite limitations

Overall, this three-step process provides a workable solution in resource poor settings with limited data and a large informal sector – 94.5 % of Beninese work in the informal sector.  Picking lessons from Burkina Faso, community involvement in targeting processes has several advantages, including providing a contextualized definition of extreme poverty, and a quicker process for the identification of these households. Community involvement can be helpful in easing identification of households at the extremes of social strata such as the richest and the extremely poor where proxies can be easily observed such as food-poverty referring to the extremely poor. However, this may be a less reliable proxy for intermediate groups, especially in cities where there could be smaller observable discrepancies between the poor and the rich.

It is likely that the success of this targeting approach was largely due to the rural setting which is relatively small and people tend to know their neighbors and surroundings better, facilitating the identification of poor people. Implementing this approach in big cities may be more difficult as people are less likely to know the socioeconomic status of everyone in their surroundings as compared to rural villages. In Benin, the strategy used in urban areas is slightly different due to the individualism often observed among more urbane populations. Therefore, in urban areas, communities were disaggregated further to obtain smaller subcommunities where people were more likely to have better knowledge of their neighbors. When this is not possible, the committee selects individuals on each street to provide information about the households living along the same street. Another limitation of the PMT tool is its low sensitivity and specificity –  the tool estimates 30 percent of non-extremely poor people are screened as extremely poor and miss 30 percent of the extremely poor. Despite these challenges, 90 percent of the proposed list was confirmed as living in extreme poverty.

Besides, it is important to keep in mind the government’s vision of lifting people out of poverty. With the new census and identification system – RAVIP – in place, all identified extremely poor people are recorded in the information management system, to facilitate rigorous monitoring of their socioeconomic and health status. Through the micro-loan and occupational training components of ARCH, the extremely poor people can benefit from government support and contribute to lifting them out of extreme poverty creating a virtuous cycle where more Beninese are empowered financially and their health status improved.

The ARCH project, in its’ pilot phase, primarily targets the most vulnerable segments of the population by offering coverage of the most common health issues. Currently, only those in extreme poverty are targeted with this approach, but this process has provided a workable process rooted in the community, creating ownership and a sense of transparency and fairness. Some next steps might be to continue to improve and adapt this approach for urban settings and to consider migrant populations as the government works towards achieving UHC in Benin. However, it is an admirable effort and provides worthwhile lessons for countries considering a community-led targeting approach for their social protection and subsidy programs.

What can we learn from Benin’s population targeting strategy for the national health insurance scheme?